The following is a short recap of the grande finale of my spring season -- except not so grand.  I capped off a long racing season by lining up for the Scotiabank Vancouver Half Marathon, a Canada Running Series race that I just had to be a part of since it was right here at home.  With just a week between the Canadian Half Marathon Championships in Winnipeg, and 4 weeks post-Ottawa Marathon I was feeling satisfactory but still noticed the speed had been zapped from my legs.  Either way, I was here to try to finish as high as I could and grab a few more series points.  My goals were adjusted sufficiently.

It’s a fairly fast start as we raced downhill towards Marine drive.  I slotted in beside Natasha and a couple men as well headed out before hair-pinning back at the 3K mark.  I felt fine to start but I knew keeping up with Natasha would be near impossible.  I just hadn’t fully recovered from Ottawa and would have be at my best to even challenge her.  So as we looped back, and faced a false flat after the 3K, I fell a few steps behind and decided to continue the race on my own as I watched her and her compatriates fade into the distance.  Essentially I was in the same position as the last weekend in Winnipeg, alone from 3K onwards.  Aiming to maintain my second place finish until the end was all I could do.

This section of the race includes a long downhill from approximately 8-10K.  I like downhills and I made sure to not put on the breaks as I was heading down, leaning forward and letting gravity do the rest.  I could see a guy ahead who had fallen off the pack Natasha was in, and I inched closer and closer until I finally caught him at the base of the hill.  I was thankful for the downhill and how swiftly it made the first half of the race pass by.

My new friend and I chatted for a bit before he proceeded to inch ahead.  I kept my eyes on him, trying to stay engaged but the last few races I have found it hard to push myself when there is nothing to lose or gain.  It’s challenging to dig deep when I know I’m not going to advance in place and racing against the men around me sometimes doesn’t provide the same motivation.  That said, my reason for racing post-Ottawa wasn’t to chase fast times, it was to finish as high as I could manage so I guess the goals shift sometimes (it's a conundrum I have been struggling with when I look back at these last few races.)  Back to the race, climbing up out of the beaches from about 12-14K is always a treat with some quad-jarring uphills.  I kept moving forward despite the lonliness and low motivation.  No one was behind me for a long long while so I kept my eyes fixed ahead. 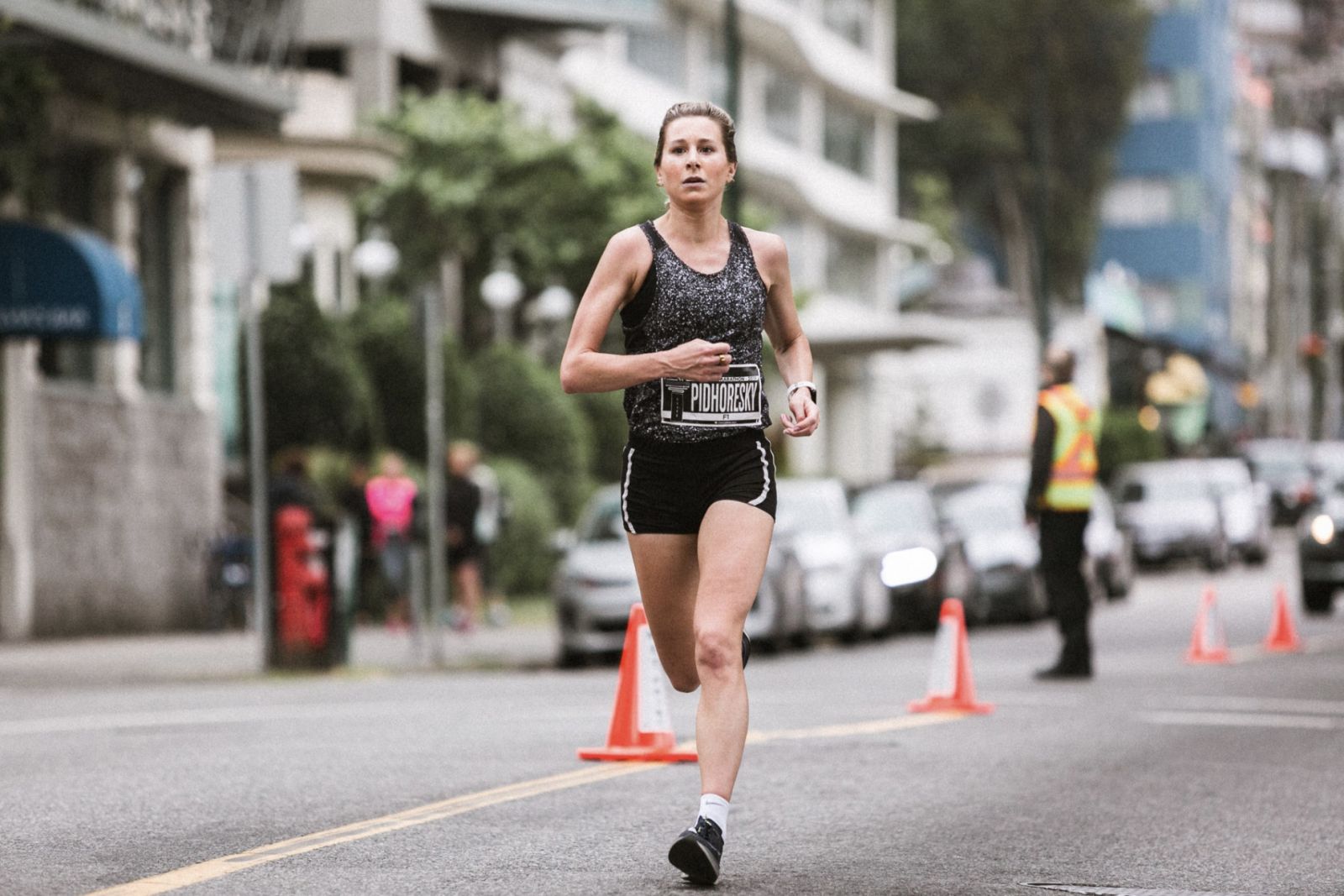 Final stretch and hardest stretch.  I knew the toughest part would be the Burrard Bridge mountain which rears its ugly head at 18K.  When I approached it didn’t seem too bad but of course it wasn’t particularly fun.  I enjoyed the downhill and then focussed on getting to the finish line.  It was impossible for me to feel like working any harder than the comfortable pace I had settled into.  I knew I was ready for some down time — especially mentally.  Another second place, another time that sound like I underperformed,  but I knew that coming into it this race goals would have to shift -- post-marathon legs do not want to go fast! 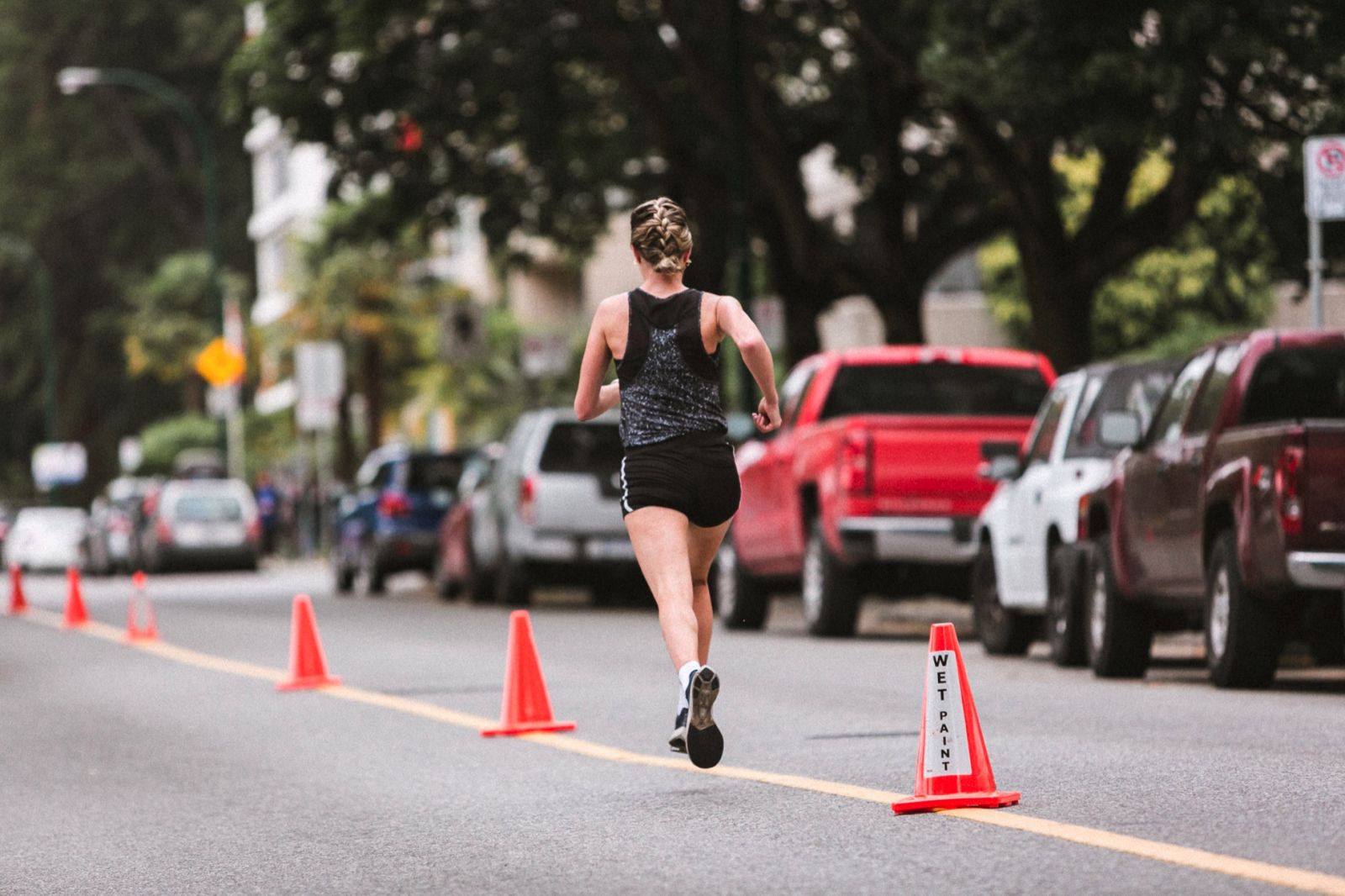 I am happy I chose to race.  The two half marathons I slotted in after Ottawa Marathon allowed me to figure out a recovery protocol that I could use if I needed to race soon after a marathon.  It allowed me to get a read on my body’s recovery and in the future I know that what I did worked pretty well.  Lots of massage, easy running in the days after the marathon, fartleks to get the legs moving again the week after — they all allowed me to get back racing.  I found it challenging to run faster than goal marathon-pace but in the future I think a few more weeks in between races could solve that. 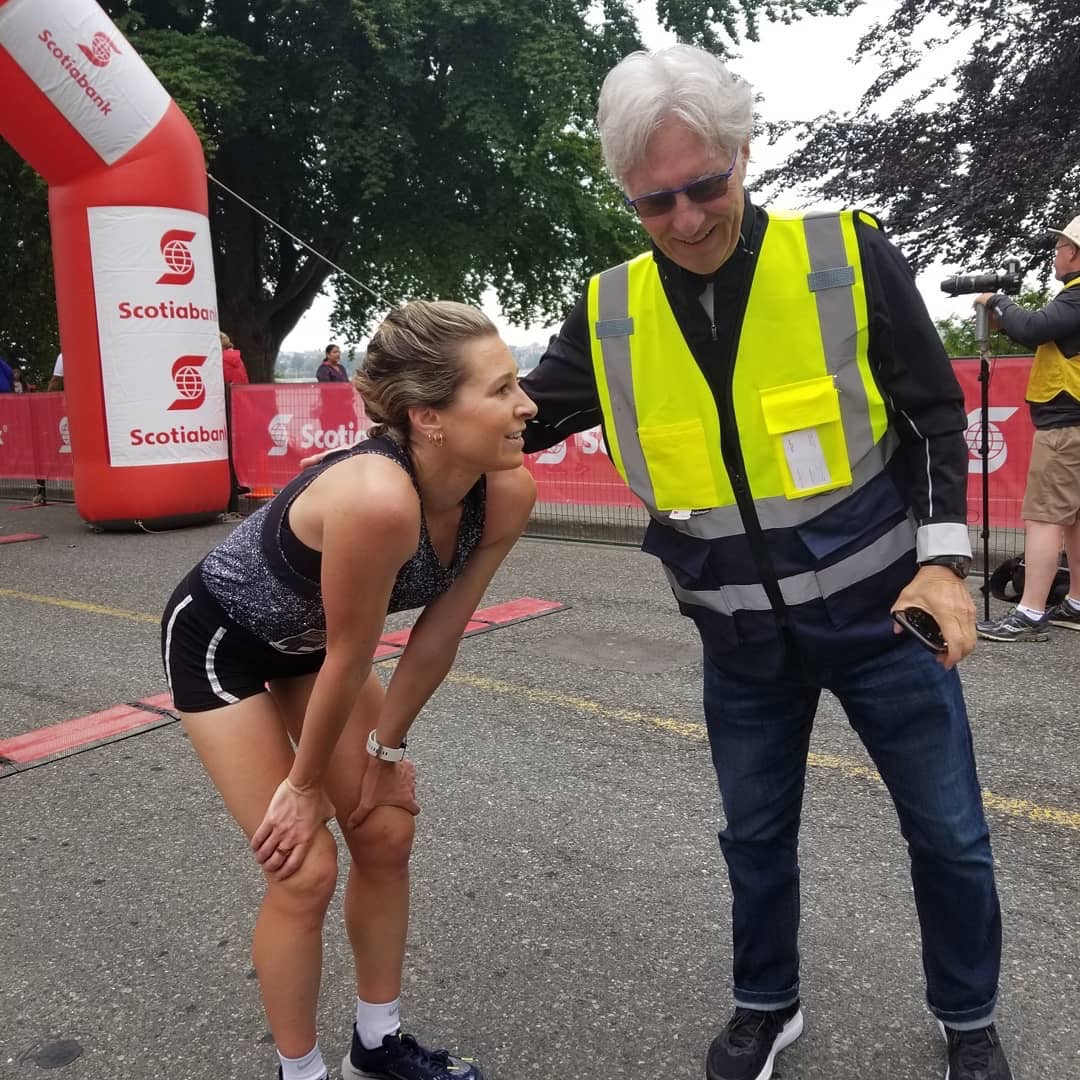 ^ Ready to be done but grateful for each opportunity to race -- thanks Alan! (pc: Mary Hinze)

So for now I have been able to have some recovery weeks and mental downtime, and just now I am building back slowly and easing into the speed-work segment of my training that precedes the marathon build.  It’s certainly the most hated segment I ever do but obviously that means it’s the most important segment for me.  Wish me luck as I try to run fast around the track for the next few week!