It’s incredible how a subtle drop in mileage can you leave you feeling fresher and faster.  Coming off of a successful Around the Bay 30K, it was time to sharpen up the legs.  I knew that I was fitter than ever but my recent races were not displaying that.  The St. Patrick’s Day 5K left me wondering why I wasn’t faster than last year and although ATB was very much about snagging the win, I still had a nagging feeling in the back of my mind that maybe I wasn’t in the kind of shape I had hoped.

But when workouts resumed I was immediately running faster than ever.  I think the high mileage was disguising some of my increased fitness and once we lowered it slightly (as was the plan after the 30K) I was able to get the legs moving more readily while still benefitting from that large base I had built throughout the winter and early spring.  That said, I was very nervous to line up at this years’ Vancouver Sun Run.  The field was stacked and, though my workouts were going really well, I don’t have the best history when it comes to this particular 10K race.  In the past I have found the hills very challenging and not a friendly course for those who are rhythm runners.  Still, I was aiming for a new 10K pb and this was a great opportunity to go after it. 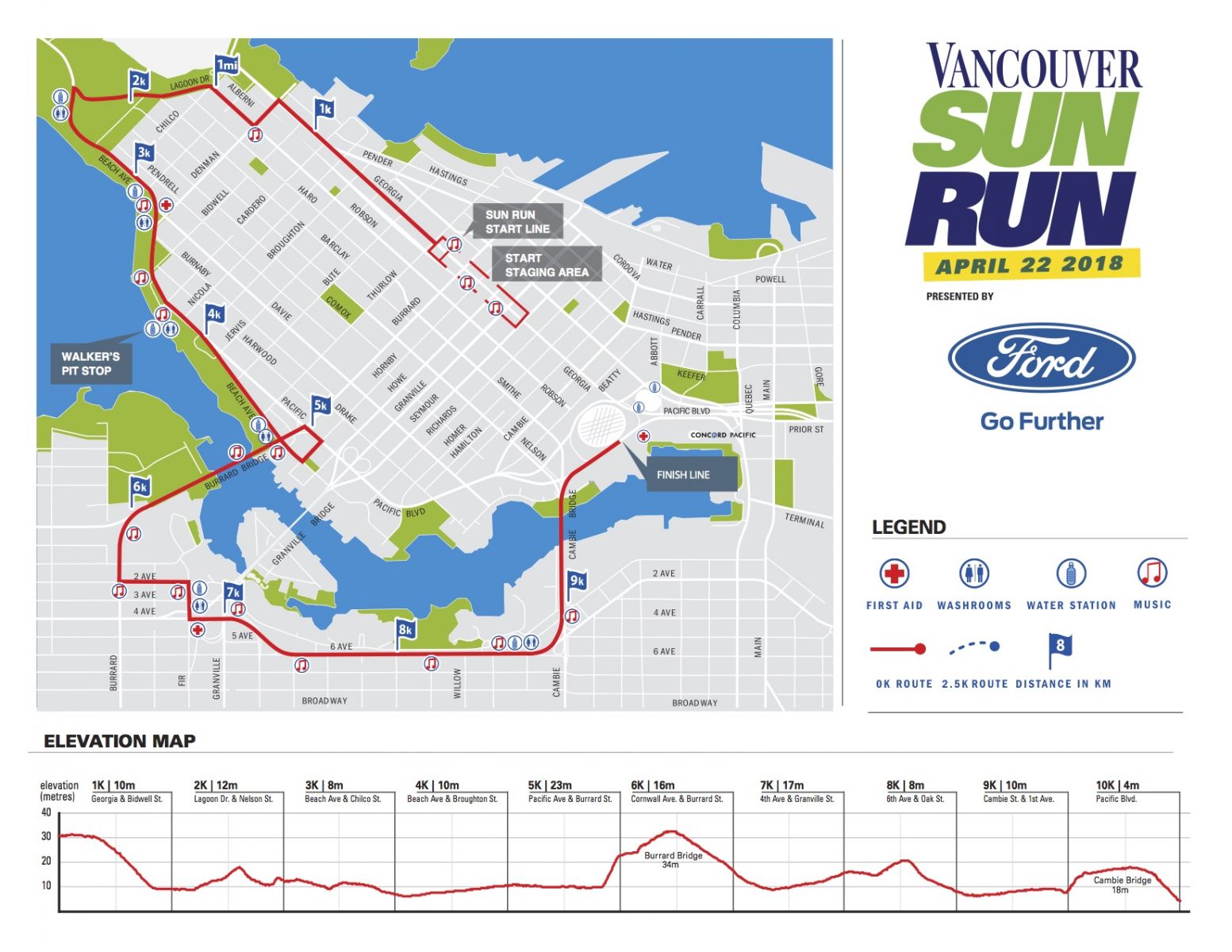 My race plan was to go out in around 16:30 for the first 5K and then to compete.  When the gun went off I quickly settled in to the lead pack.  The pace was manageable so I was pleased to have company.  Within the first couple kilometres I knew it was just the 5 of us: three Canadians (Rachel Cliff, Natasha Wodak and I), an American (Emma Bates), and a Kenyan (Monicah Ngige).  At that point I wasn’t sure how long I could hang but I just kept it a kilometre at a time.  In a group of 10K specialists, I struggled with the feeling that perhaps I didn’t belong.  I regeret not maintaining contact longer, but around the 4K mark I fell off the back slightly.

^ Toeing the line and taking off (pc: Thai Truong)

I was about five seconds back at 5K but was still doing well to keep the distance from growing too much.  I think my split was just under 16:30 so I was right on target.  I continued working hard, looking ahead and not worrying about what was going on behind me (another top goal of this race).  I noticed between 6 and 7K that Natasha had also lost contact with the lead group.  I began to focus on her, aiming to slowly close the gap if I could.  She was getting closer as we neared the final kilometre on Cambie Bridge.  My legs were burning on the downhill and I just didn’t have another gear as we raced toward the finish line. 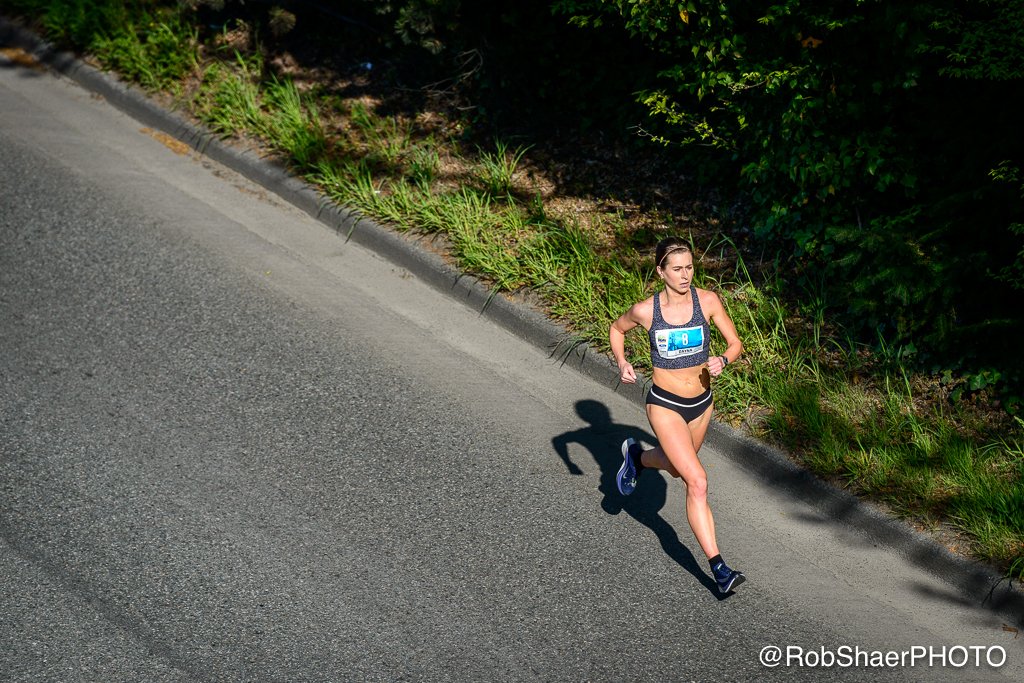 ^ Working on my tan during the latter half of Vancouver Sun Run (pc: Rob Shaer)

Still, I was very pleased with my result.  Fifth overall, third Canadian, and a new personal best of 33:11 (besting my previous time by 24 seconds).  I’m breathing a slight sigh of relief that the fitness is in fact there, as Josh of course never doubted, and I am eager to race again.  Which is good — because this Sunday I will line up for another one in Victoria and try to defend my title at the Times Colonist 10K.  Currently crossing my fingers for a windless day.  Either way, I am approaching this Sunday feeling confident and excited to dig deep again!