Harry’s Spring Run-Off Toronto was a week ago.  It was my first race back after having to withdraw from ATB 30K and I was not sure what to expect performance-wise going into the weekend.  When the knee pain started after the Corktown 5K it forced me to cease all hard workouts. Subsequently, going into HSROT I had not been able to get in the usual speed-work and I was running much less, simply relying on a lot of cross-training to try to maintain fitness.

We drove up on Friday afternoon and thankfully decided to swing by Runner’s Shop and pick up our race kits since Josh was also racing.  This would save some time in the morning and proved to be a good decision because we were certainly pressed for time before the race start the following morning! It was taking so long to find parking that Josh decided to dropped me off so I could get in a bit more warm-up while he continued to search for a spot.

Upon starting my warm-up my knee felt quite good.  Although I did notice that my legs felt a bit unresponsive and heavy.  I knew that they were heavy because of the lack of running not because they were tired.  I did about 4K warmup and tried to push the last 500m to wake up the legs more and get things firing.  After some leg swings and quicker strides at the start I was ready to get the race going.

My race strategy was to try to go out hard.  I thought that would be my best chance against Kate and Krista.  I knew Krista was very strong due to her fantastic and surprising ATB finish but thought perhaps she would start out more conservative than Kate and I and I would have one less person to battle at the end. Nope. Krista was right there with us and her strength was palpable on the relentless hills of High Park.  We were all together for the first 2.5K after going through the first mile in a blazing 5:07 but the two of them pulled away at the first major climb.  Hills are certainly not a strength of mine, and I truly consider them to be more of a weakness.  Combine hills with unresponsive legs and you have an upwards death march.  I knew I probably wouldn’t be able to reel them back in after getting gapped by so much but my aim was to try to keep my eyes on them to keep the gap from widening.  I watched the battle unfold as Kate stuck close to Krista throughout the race.  It was impressive how strong those two appeared as they attacked the rolling terrain.  I glanced down at my watch at about 6K and quickly realized that my time would be decent.  That was a motivating force in the final 2K.  I could hear the crowd cheering for Krista and Kate as I climbed the final steep hill -- honestly I probably could have walked up it faster!  My legs felt numb but I pushed forward towards the end.

I was quite pleased with my final time of 27:31.  It was a personal best for this course (I had won in 27:41 two years ago.)  It was also nice to finally get in some speed work and  proved to me that I had not regressed to the point of being unfit.  I may not feel as sharp as I had in previous weeks but I still had the hard workouts and training in the bank.  Post race it was nice to chat with Kate and Krista about upcoming season plans and the like.  They are such great girls and I know they are in for successful seasons on the track and the road, respectively.

Canada Running Series never disappoints -- great refreshments and wonderful organization and awards ceremony.  They sure put on a great event and I look forward to racing with them again in Montreal at the Canadian Half Marathon Championships.  However, before that I will be heading to Vancouver -- one of my favourite cities!  I will be racing the Vancouver Sun Run 10K in a week’s time.  Last year it was a race I had to drop out of so it is important for me to finish it this time around.  It is a great course and another splendidly organized event that I greatly look forward to being a part of.  We are still cautiously approaching training and obviously if things are not right we will have to drop a few upcoming races but those decisions will be made in the next few weeks.  Fingers crossed that things feel great!  Here are some great pictures of HSROT (courtesy of Canada Running Series and Canadian Running). 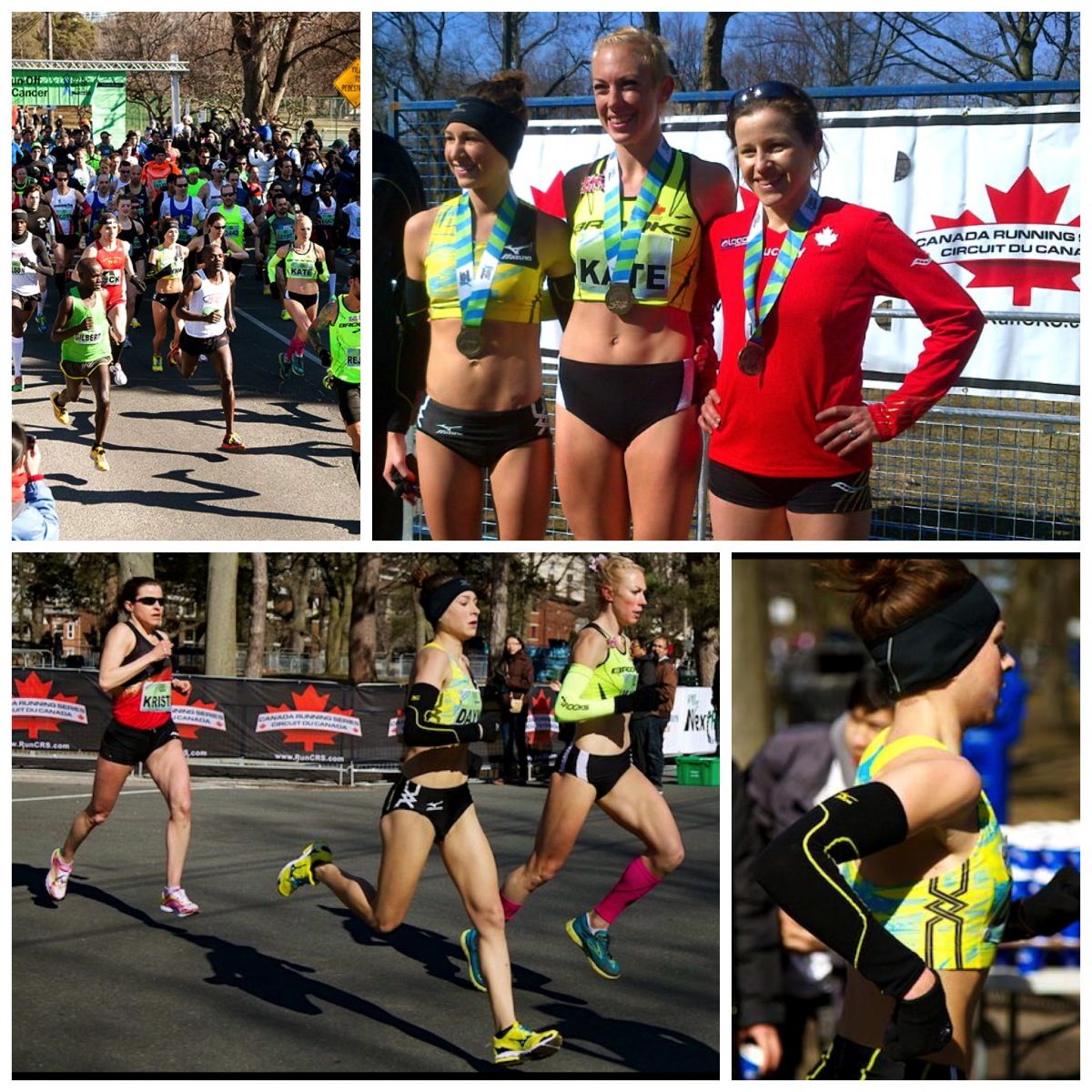