Many of you may already be aware of this drastic relocation but for those of you who are not, Josh and I have made the move from Windsor to our new home: Vancouver.  I have loved this city from the moment I first visited several years ago and each time I came back I didn’t want to leave -- it’s fresh, beautiful, warm, lush, I could go on and on.   Along with wanting to move to a more “running friendly” environment I was in search of a new coach.  Josh was great for me over the years and I made massive improvements after university.  He coached me to several national medals, countless pbs, and instilled in me a mental toughness that is hard to be learned.  It is tough though to have someone that close to you be your coach and at the end of the day I decided that the strain and stress it sometimes put on our relationship was not worth it.  I started to look elsewhere.  That might not be the right wording though because I knew from the get go who I wanted to be coached under.

In my mind he was like a phantom.  I had never seen him, only heard his name over the years, and even when trying to google search him I obtained limited information.  Nevertheless, I decided to contact him and was surprised at the positive response.  I flew out in September to meet with Richard Lee and have a little chat over some coffee.  I don’t know why I was so nervous for this initial meeting but afterwards I was sure that this was the right decision.  Coming off of two years of disrupted training due to injury after injury, I was relieved to sense his patience and “less is more” attitude.  We both wanted to aim for consistency in training and I knew he would be a good fit for me.

Two days after Josh defended his Masters in late November we packed up a u-haul and headed west.  Four days and ten states later we arrived in Vancouver, our muscles atrophied from the continuous inactivity.  Truly, I was hoping to run at the end of each day of driving but each time we stopped for the night it was dark and of arctic-like temperatures so there was no running to be had.

We settled into our new basement-suite apartment very quickly. Needless to say Josh said he is never setting foot in an Ikea again.  Upon our arrival I started back up training and met up with the group several times before we headed south to Mexico.  I was excited for this family getaway knowing that we would not be together for Christmas.  My sister flew in from Siberia (aka Edmonton) and my parents came in from Windsor.  All in all it was eight days of fun and relaxation in the sun and I was happy to be able to stick with my training program and work through the high heat and humidity while we were there.  Rich also started to incorporate more quality sessions into my training by adding two fartlek workouts and a progression run.  These were tough to conquer in the Mexican sun but I got it done.

We travelled back to Vancouver a few days before Christmas and were eager to experience the holiday season in our new city.  We celebrated with gingerbread house-making/eating, fresh baked cinnamon rolls on Christmas morning, and were graciously invited to Natasha Wodak’s Christmas family dinner which also served as the Balderdash showdown.  Thanks Natasha!

So as 2014 is now upon us I am eager to chase down some new running pbs.  I am greatly enjoying training with the group and I am proud to be apart of BCEP!  It is extremely motivating being surrounded by these talented folks who have the same passion and drive to work hard!  Workouts lately have been progressing nicely, and though I have a long, long way to go, I also have time.  The word “patience” is reverberating in my mind daily.  In a little over a week from now I am scheduled to do the Pioneer 8 Km race out on the island.  I am using this race as a tempo and it is also a chance for a fun ferry trip with the team!

Now I will just leave you with some photos from the past few months and the promise that this year I will update more often:) 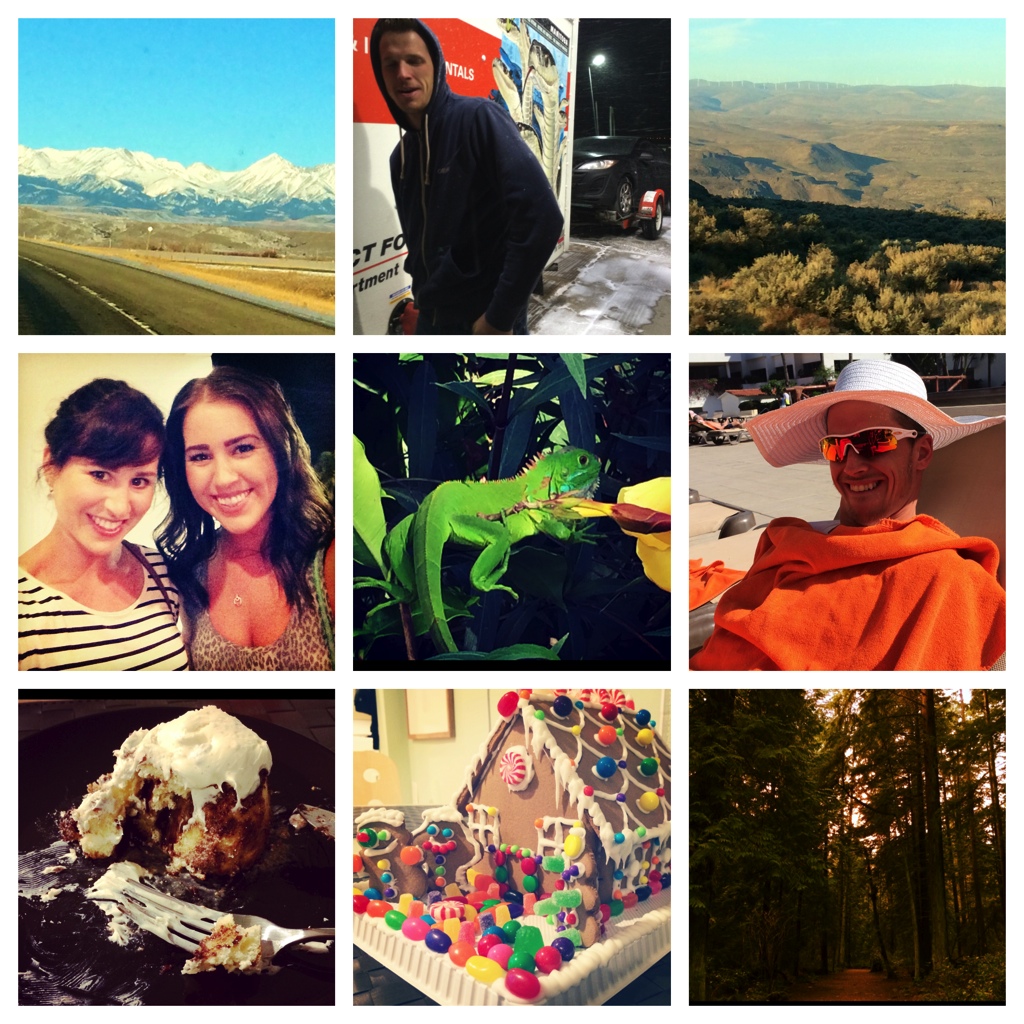