So, last time I left off with my race in Montreal.  It was a solid half marathon in the midst of heavy training and I was pleased with how my body recovered afterwards.  Of course my legs were heavy, and my Thursday workout following the race left me feeling less than spry, but overall I felt strong.  However, the days leading up to the Times Colonist 10K certainly had me a bit worried.  I had a big needling session on the Thursday night, something I rely on to keep everything in tip-top shape, but it did leave me feeling sore and fatigued in the days to follow and I was concerned I had scheduled it too close to race day.  All I could hope though, was that on race morning my legs would respond.

Race morning arrived.  Catherine and I had arrived the evening before and had an early-to-bed night which we both needed.  I awoke the earliest to eat my big breakfast since each race-day morning is marathon simulation.  As we headed to the start line we knew it would be windy.  The trees were blowing and the race officials confirmed that Dallas Road (a 3.5K stretch in the middle of the race) was going to be a strong headwind.  Obviously not ideal to have to battle that, but I tried to think of it as an advantage for me.  I’m certainly not 10K-speedy at the moment and my hope was that the wind would play into my current marathon-strength.  Whatever the case, I was used to battling the breezes! 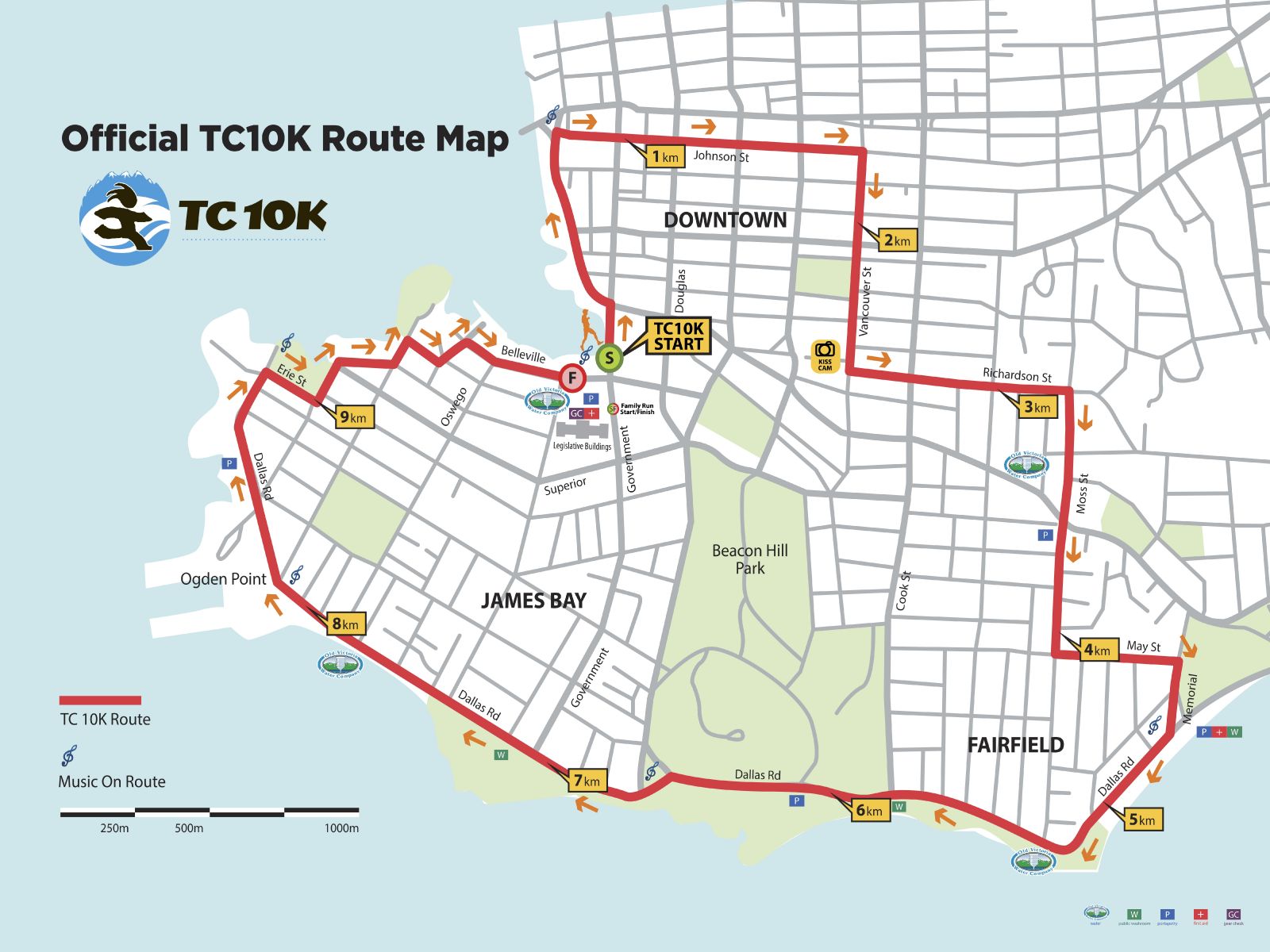 When the gun went off I quickly latched onto the first male chase pack as we rounded the corner onto Johnson Street and climbed uphill past the mile marker.  My legs were already burning and I worried that I was starting too aggressively, but I knew I should try to stay with this group and see how I felt after the hill.  I seemed to settle in better through the 4K but I was a couple steps behind the back of the pack and I knew that Emily was close behind -- although I didn’t dare look back.  Between 4K and 5K I had continued to drop back a couple seconds from the pack of guys (a decision I certainly regret) but at the time I was focussed solely on making sure I maintained my position and I was unsure if trying to stay with the group was more than I could handle.

Then Dallas Road happened.  Scenic, yes.  But a tough stretch, as I aimed to battle the 30K headwinds alone whilst trying to keep my quads from screaming out on the rolling hills.  This was certainly the most challenging section of the race but I knew that I’d be out of the worst of it a little after the 8K marker.  In hindsight it would have been very helpful to still have my group of guys to tuck in behind.  I think that would have made at least a 30s difference in my finishing time if I had at least tried to hang on a couple more kilometres.  But now I know, and in the future I might decide differently based on this experience.

With 2K to go I knew I could keep my winning streak alive.  I eventually found myself out of the strong headwind and winding back toward the finish.  The last couple kilometres are the flattest section of the race but require a lot of turns.  Eventually the finish line was in sight and I broke the tape for the 4th time this season.

Later that day, Josh mentioned that he knew this would be the hardest one for me to win.  He was right.  The combination of racing a half marathon the weekend before, followed by a 140k week, and an intense IMS session a couple days prior certainly made the legs work for it! 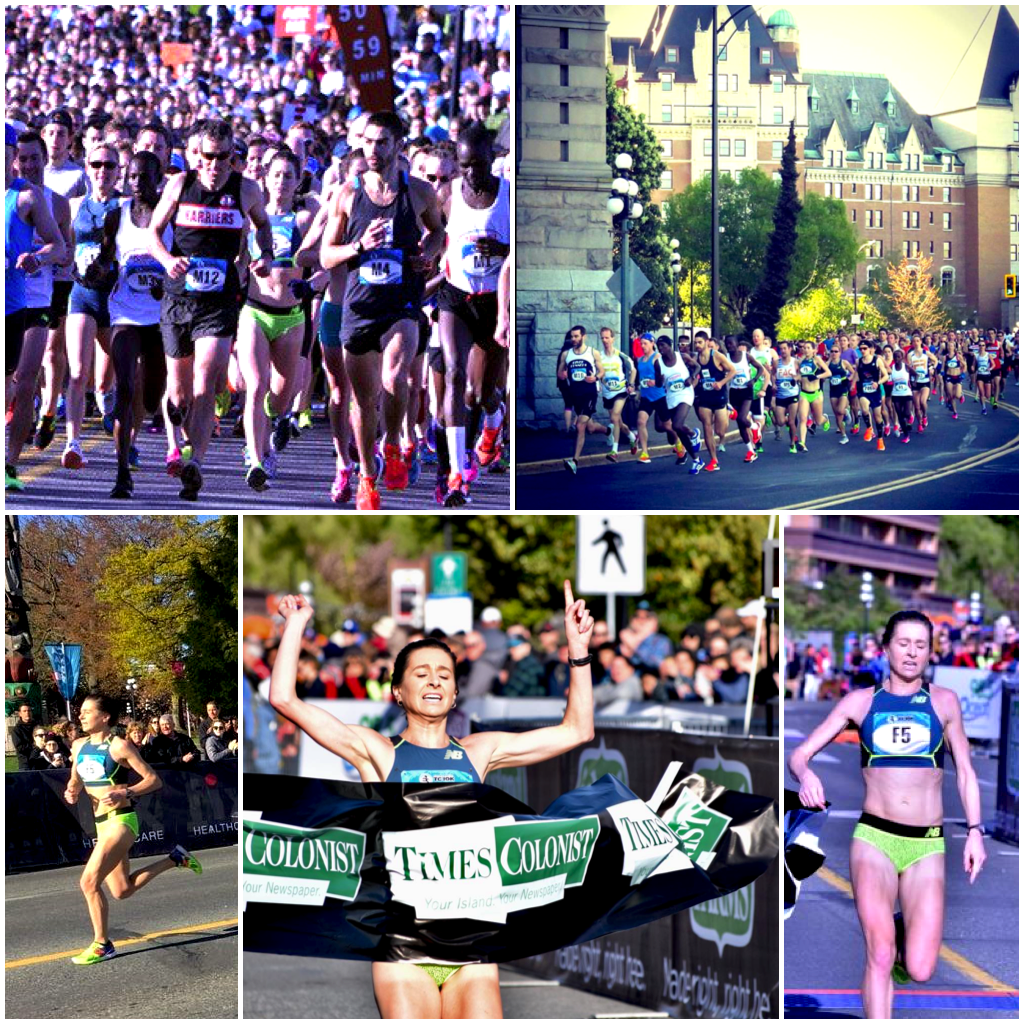 ^ At the gun (p.c.: Athletics Illustrated) Stringing out during the first 400m of the race (p.c.: Jesse Bauer)

After a 8K cooldown post-race and another 8K easy evening run when I got back to Vancouver, I was able to enjoy a day off after the race to recover and prepare for what was to come.  The week following TC 10K held one of my biggest workouts of the build (10x1mile off 400m jog) followed by a Sunday long run consisting of 36K with 3x7km at marathon pace off 1K easy.  It wasn’t easy but I got them done.  I felt much more comfortable during the Sunday session, however, but that’s generally how my long runs have been going.  They just feel easier despite being mentally tougher.  With two and a half weeks until race day I still have several sessions left to check off but at this point the brunt of the work is done and it’s all about getting the mind ready and sharpening the body.  I’ve experienced the marathon taper enough times to know that it sucks and in the coming weeks I will remind myself not to worry when I feel awful. Come race day, somehow, everything tends to click.  Or at least that’s the dream. 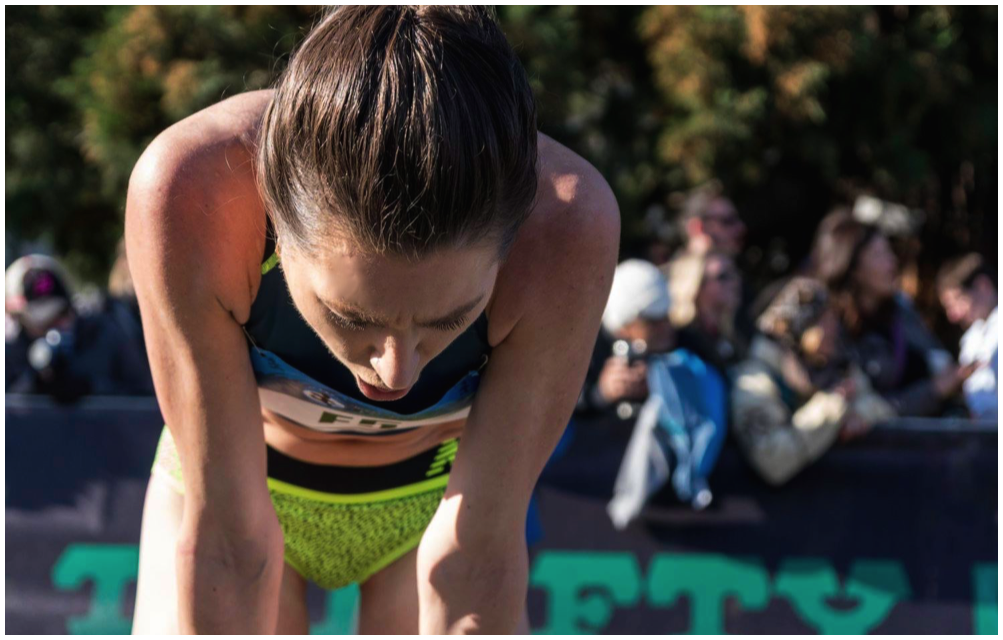 ^ Gathering myself at the finish. That was a burner! (p.c.: Matt Lazzarotto)