This past weekend I laced up for the Canada Running Series Toronto Waterfront 10K.  My first CRS race of year!  I was really looking forward to testing myself over the 10K distance once again, aiming for a fast time and a chance to compete against some very fast women.  I was also, more specifically, looking to work on my mental resolution and focus in the second half of the race — to stay technical and to not focus solely on place, position, and time.

From the gun we quickly formed a group of four.  Natasha Wodak, Sasha Gollish, Anteneh Emebet, and I ran together down University Avenue and eventually merged onto Lakeshore Boulevard.  I knew it probably wasn’t a good sign when we passed the 2K marker and I thought “We’re only at 2K!”  Nothing in particular felt terrible, things just felt tougher than anticipated.  There was a section between 2-3K when I felt like I was about to fall off the back of the pack,  the elastic was moments away from snapping — and then I blinked, and somehow I was back to leading the way with Natasha striding beside me. 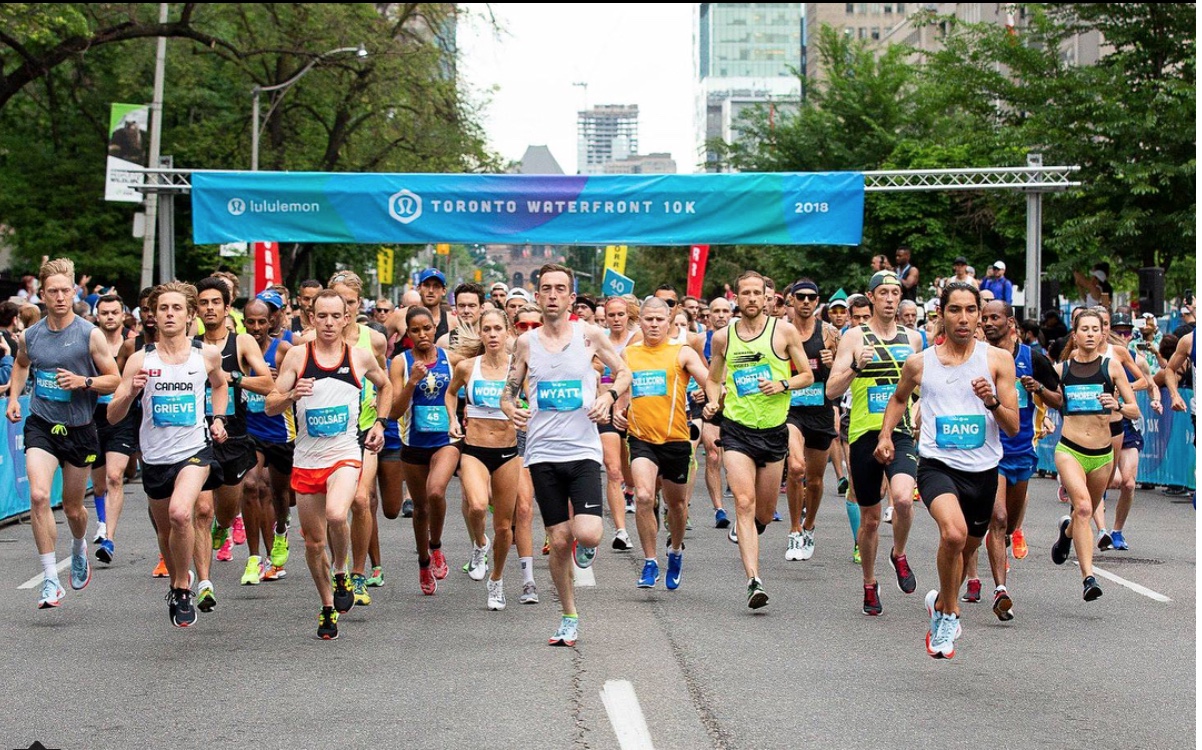 ^ And we're off! Much of the first half of the race is a slight downhill. The second half boasts a significant climb during the final 2K.

My time was coming though — it was palpable.  The four of us went through 5K in 16:27 and it was then that I immediately felt them surge ahead.  I was now a couple of steps behind and the pack of three forged on together.  I knew it was time to keep working hard on my own.  I focussed on keeping my stride and rhythm quick.  I kept looking ahead knowing that anything can happen — it’s not over until it’s over.  I was tired, very tired but I kept working hard as I rounded the hairpin before 8K.  Things were happening up ahead, moves were being made, and I thought that someone could come back to me.  I focussed on moving my arms and shortening my stride as I climbed the hill — willing the finish line to come to me quicker. 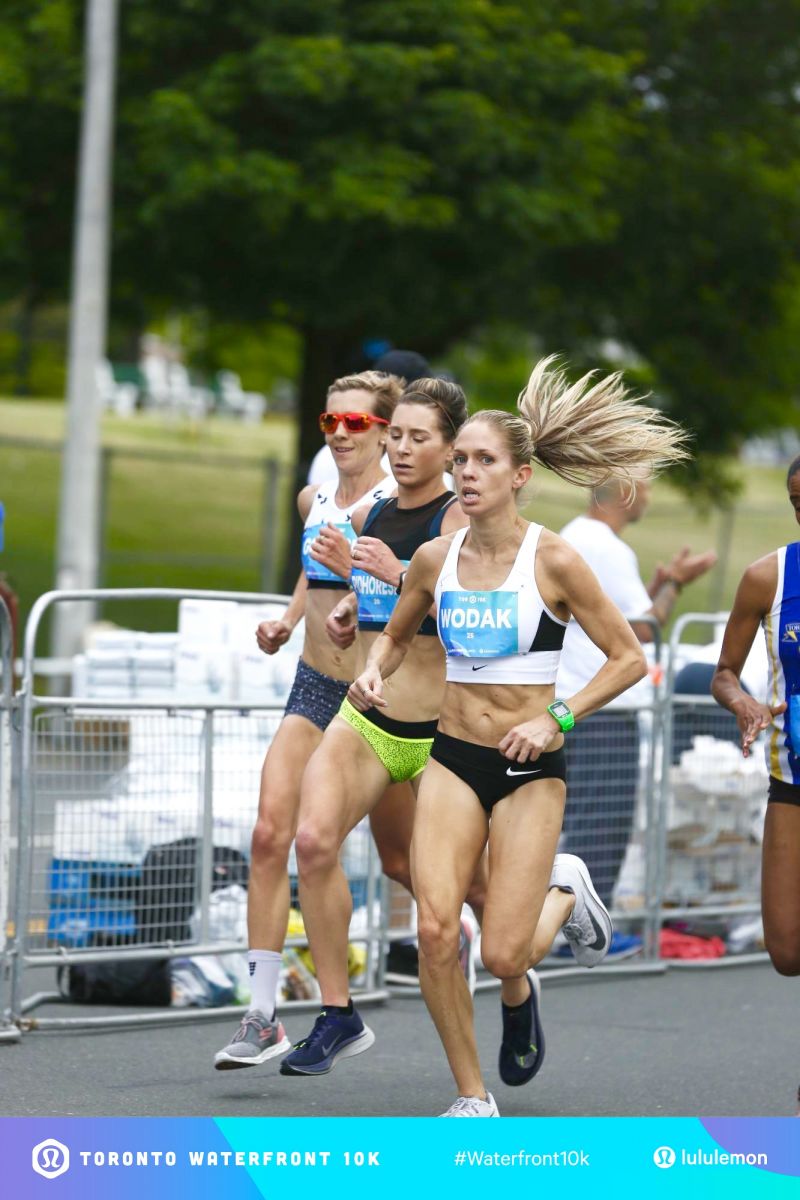 ^ Trying to keep up during the first 5K!

My legs were still burning from the hill as I approached the final kilometre.  I wish I had more in the tank because I could see that Anteneh was just ahead and also, most certainly, in a world of hurt as well.  I tried to close the gap but just didn’t have anything else in me.  I crossed the line in 4th in 33:39.  It is hard to be disappointed when I know that I left it all out there.  I’m pleased to finish with no regrets.  That said,  I wish I was better on the day.  I wish I had had more in the tank to run stronger in the second half of the race.  But that’s racing — sometimes your best isn’t good enough, and sometimes your best on the day is not a true representation of where you are at. 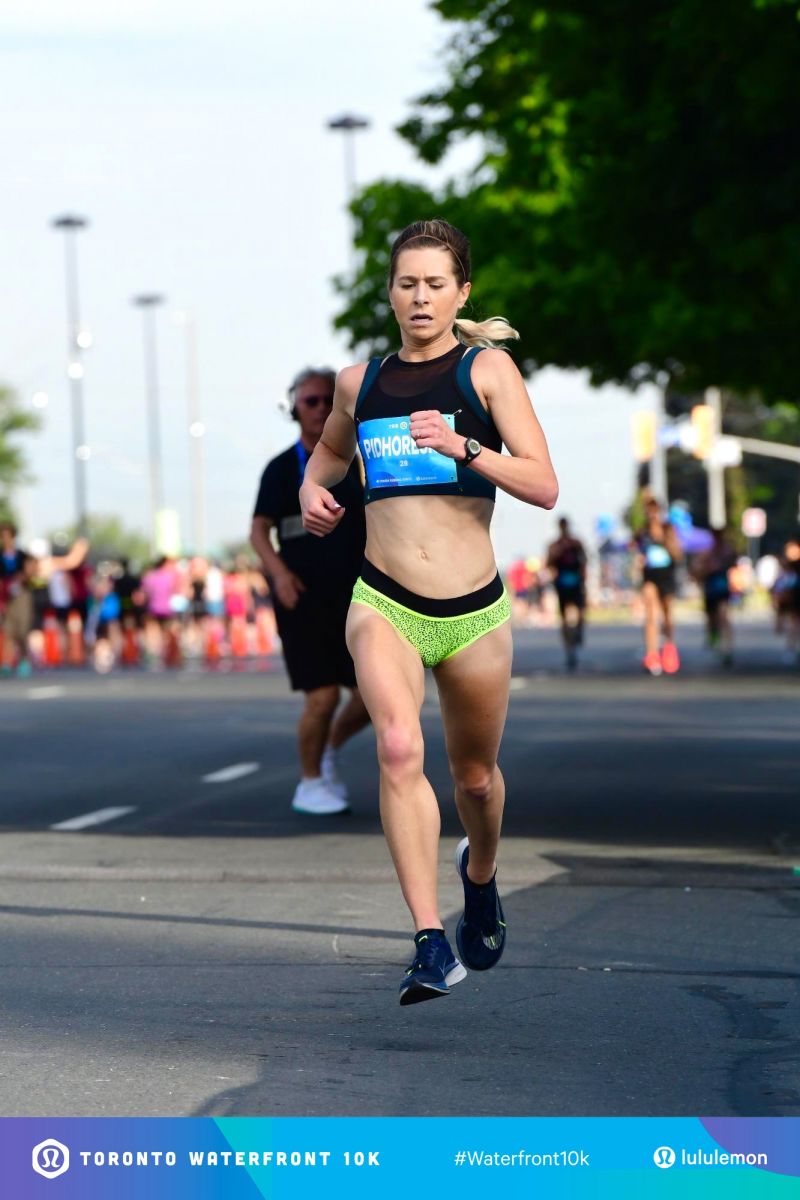 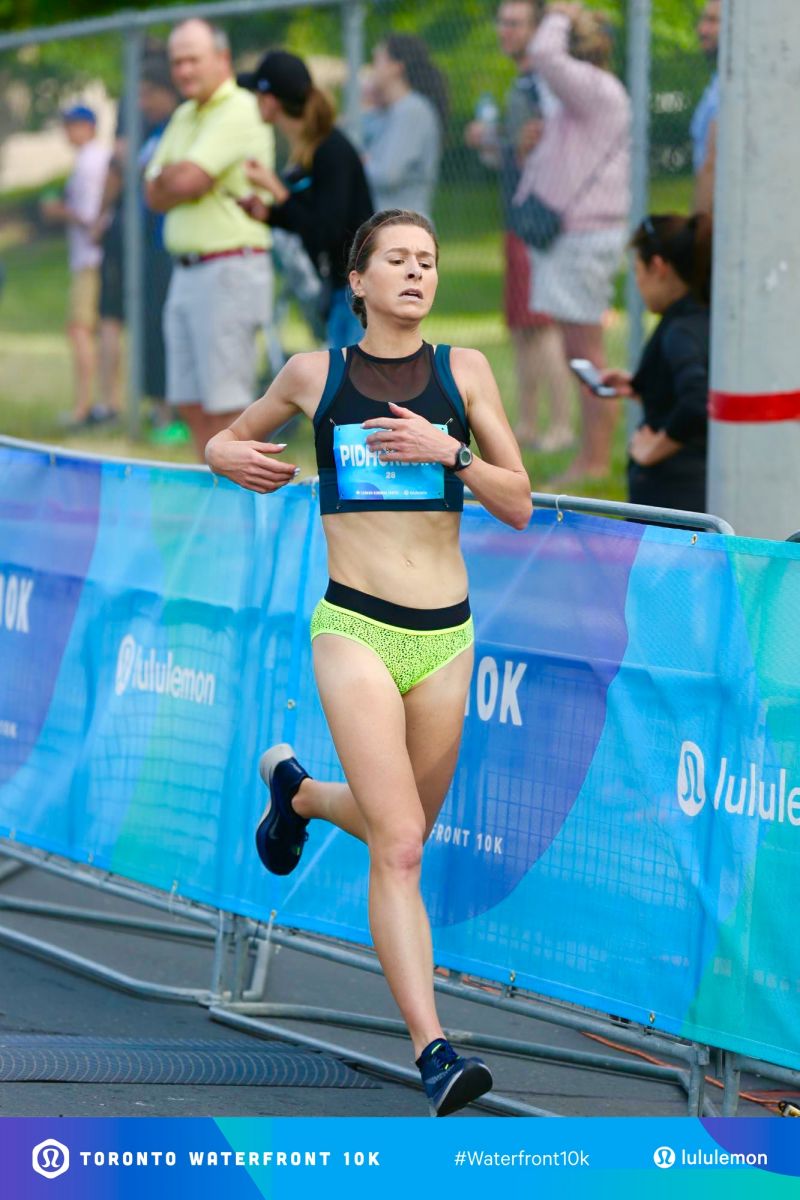 ^Working hard during the final stages.

Nonethless, it was a great weekend and opportunity to catch up with many running friends.  Thank you for all those who were out there cheering, volunteering, and also thank you to the guy on the bike who was shouting words of encouragement to me in the second half of the race.  I don’t know who you are but maybe you can come to some of my solo workouts and cheer me on there too;) 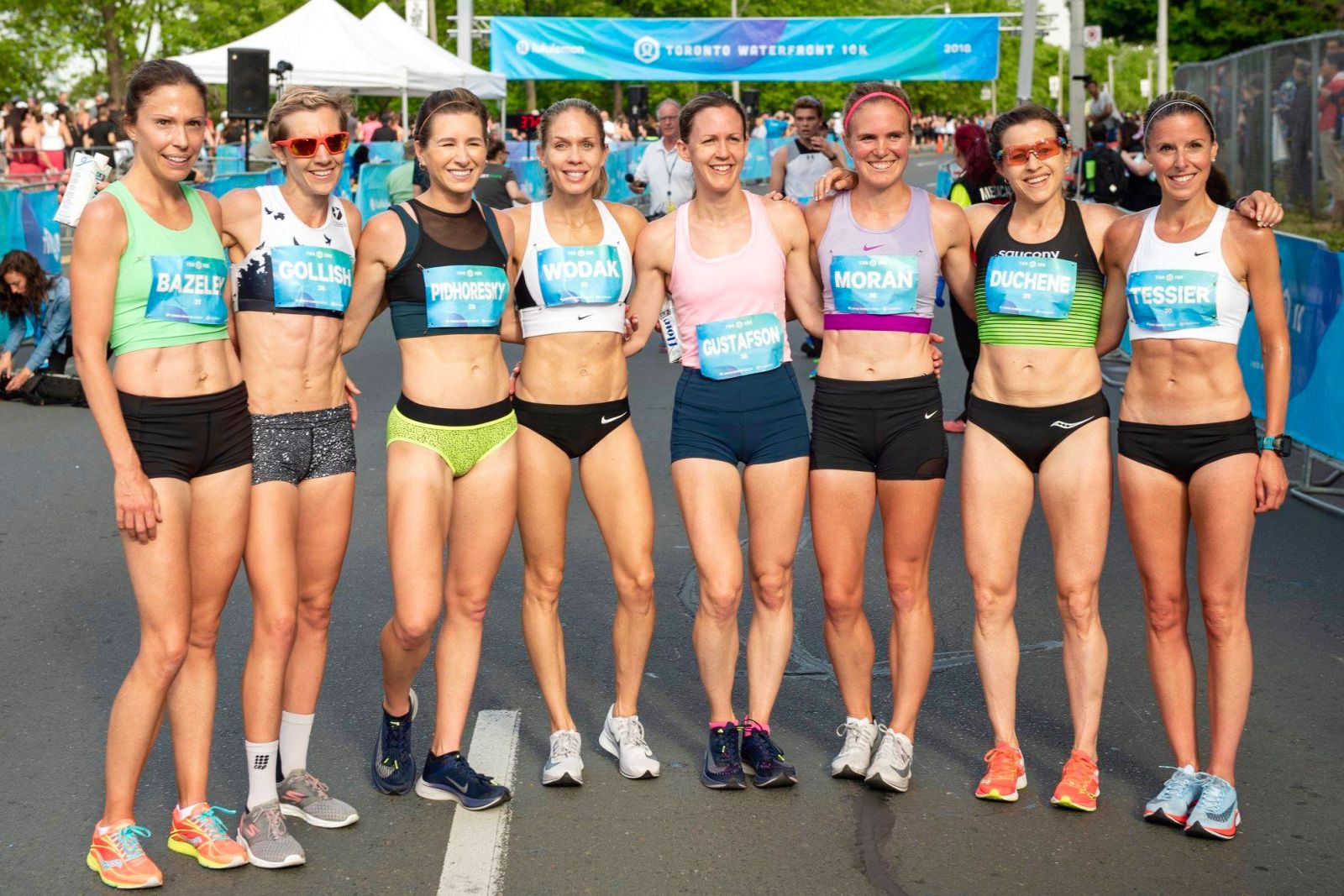 ^ Now THIS is a speedy group of women! So awesome to catch up with many of them:)

My final race of the spring season is this Sunday in Vancouver.  I’ll be racing another Canada Running Series event, the Scotiabank Vancouver Half Marathon.  It should be a fantastic way to cap off my season.  I’m eager to get in more practice at focussing during the middle stages of a race and keeping my thoughts fixed on the process instead of my mind drifting towards the outcome.  I’ll let you know how it goes:)