So the last blog I left off with a brief training update as I prepared to start the 2018 season off at the Steveston Icebreaker 8K.  It was a comically windy day but I was pleased with my effort and my body’s response to a more upbeat pace.  I fought hard the first 4k as we raced directly into 90k wind gusts and I continued to try to keep the energy going in the second half of the race when we experienced it more at our backs.  That being said, I think an out-and-back wind does not cancel itself out — it’s impossible to make up that lost time!  Nonetheless, I was able to nab the win and get in a solid effort for the day. 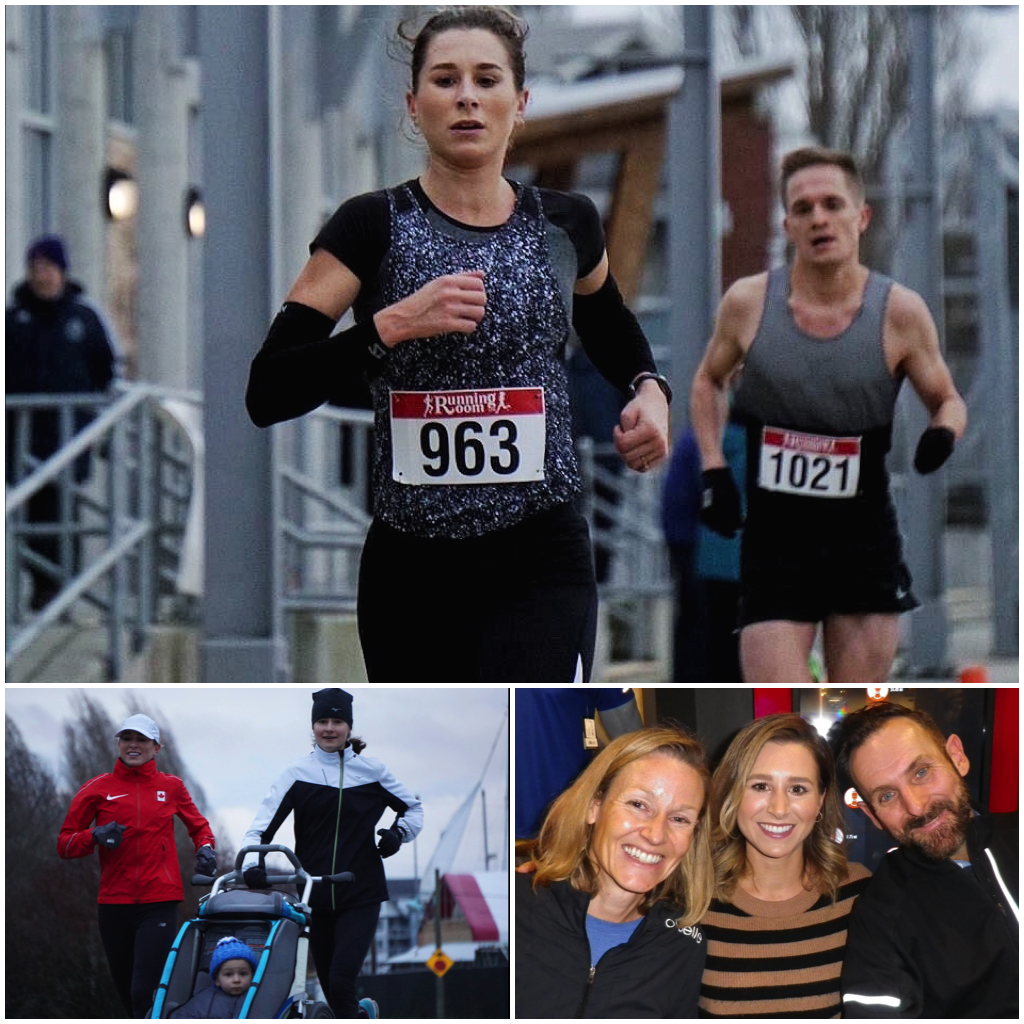 More recently I competed at the St. Patrick’s Day 5K this past Saturday.  This year was a particularly competitive year so my goal was simply to fight when things felt tough.  Since my preparation has been focused on the longer distances I knew it wouldn’t take much for that burn to occur.  Sure enough, when the gun went off almost everyone shot out of the gates at warp speed.  The downhill start accentuated this and I knew that despite my conservative start compared to many of the top women, a 5:01 first mile was going to hurt.  I could feel the week’s miles in my legs as the course rolled around Stanley Park but I forced them to continue striding forward.  The burn of a 5K is so foreign to me and I have a hard time wrapping my head around how hard I should be pushing.  (Answer is apparently: very hard the whole time!)  Rounding the last corner into the final kilometre, albeit uphill, was a challenge.  Normally I am happy to know that one kilometre remains but this time I allowed my burning legs and negative thoughts to take centre stage.  I was passed in the final stages and gapped by about 10s to finish in 5th with a time of 16:39.  Slower than I had hoped for, but I am certainly more disappointed with my blip of toughness in the final stages of the race.

Post-race I hurried off the complete 5x1k on the gravel trail around Beaver Lake.  A necessary task when the next race on tap is a 30K.  I felt strong and controlled.  The mileage I have accrued over the winter months are proving to be beneficial and as I reflect on last year’s 5K race and post-workout I see that although I was about 12s slower in the 5K, I was consistently much faster in the post-race workout.  Though I try not to read too much into a single race result, sometimes it is nice to reflect back to past years’ workouts and results — drawing confidence on improvements made, no matter how small. 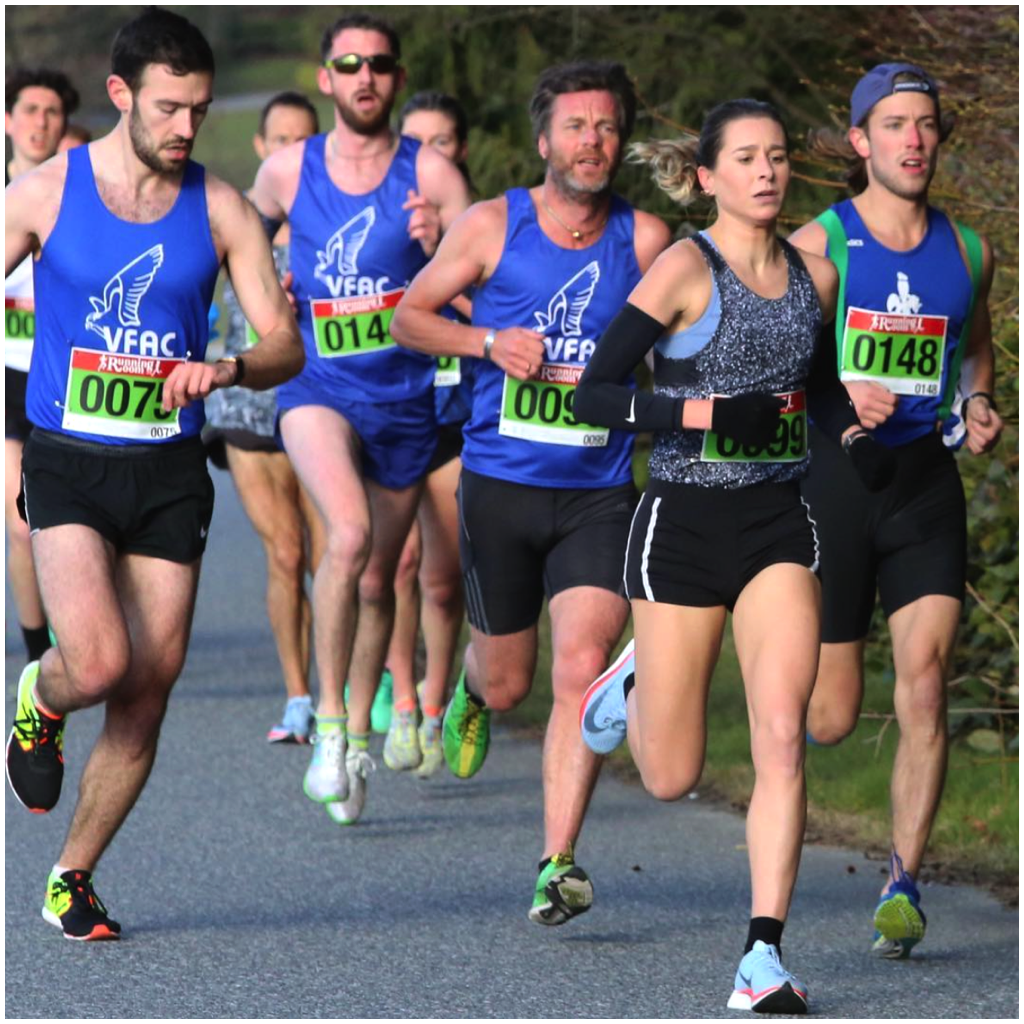 The countdown is on for the Around the Bay 30K.  This will be my fifth year toeing the line but sometimes in the days leading up to the race I question myself as to why I keep signing up.  Doesn’t everyone?  A few peeks at the race-day weather report raises the nerves, causing me to pack ALL of my winter running clothes!  Have I lost my ability to brave the cold since living in Vancouver’s mild climate?  It’s a question I always ask myself so it’s helpful to remember that I’ve done it before and I’ll do it again.

So now we wait.  My last big workout was yesterday: 5x1mile off 400m jog.  I felt strong off the short recovery and the miles clicked off easily.  Thursday will be a single 18k fartlek with some short pickups to shake the legs out after the Wednesday flight.  Then it’s all recovery runs until race day on Sunday.  In these final days I will work to ready my mind and body by recovering well, thinking positively, and preparing to mentally deal with the tough spots and discomfort that inevitably come with striving to stay focussed for the duration of the race.

“The ultimate is not to win, but to reach within the depth of your capabilities and to compete against yourself to the greatest extent possible. When you do that, you have dignity. You have pride. You can walk about with character and pride no matter in what place you happen to finish” 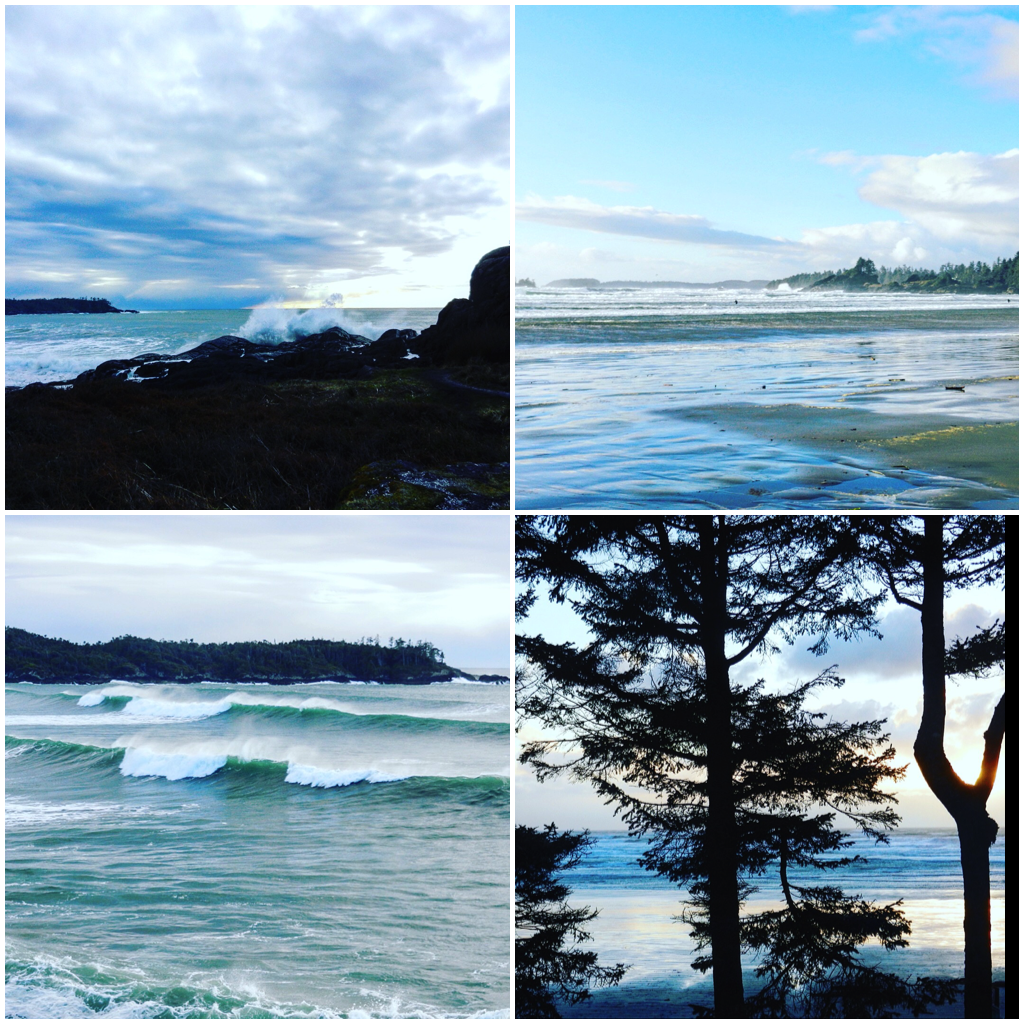 ^ Some shots from our relaxing long weekend in Tofino in mid February.  Not pictured are the donuts, fish and chips, and pistachio gelato . . . ;)