Here we go again.  Another weekend, another race.  Thankfully, no travel involved this time.  With training ramped back up I had loose goals heading into the Vancouver Sun Run 10K.  Loose goals meaning that I still really wanted to battle with the top contenders and come out of it with a new PB, but I also knew that if I didn’t feel great I would have an opportunity to battle nonetheless, and work through the discomfort that all races bring forth. 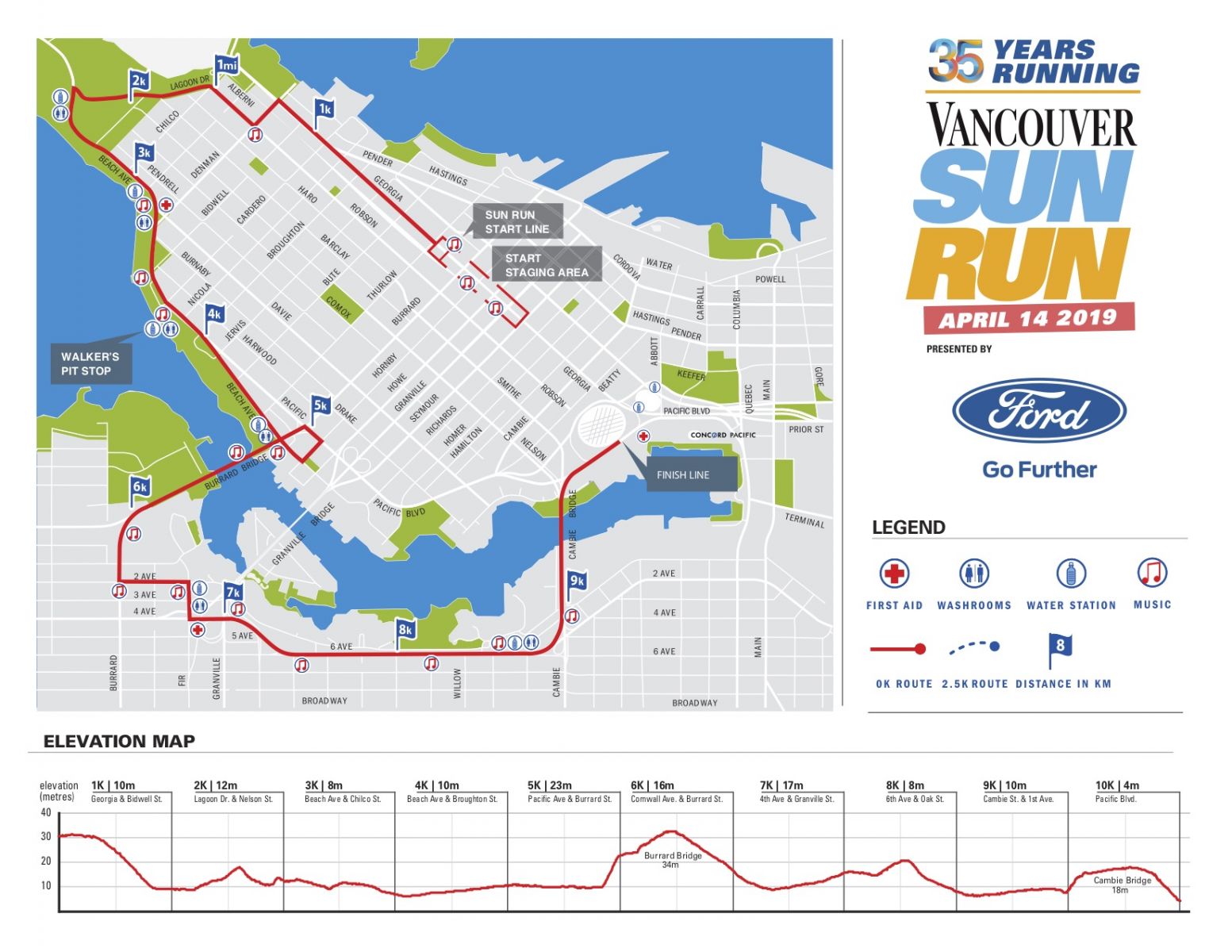 We started off spicy.  Much spicer then I anticipated, being that there were no internationals in the field.  I am still fairly certain that Natasha was trying to kill me.  A sub-3 first kilometre did not feel great, nor did the too fast first mile.  Already, I was a few seconds behind the leading trio, keeping stride with Shalaya Kipp.  It was extremely helpful having another body beside me as we continued to work hard for the first half of the race.  As I said, going into this I was hoping to be able to battle with the top 3 for as long as possible but instead I was almost immediately turning to Plan B: survive and keep pushing. 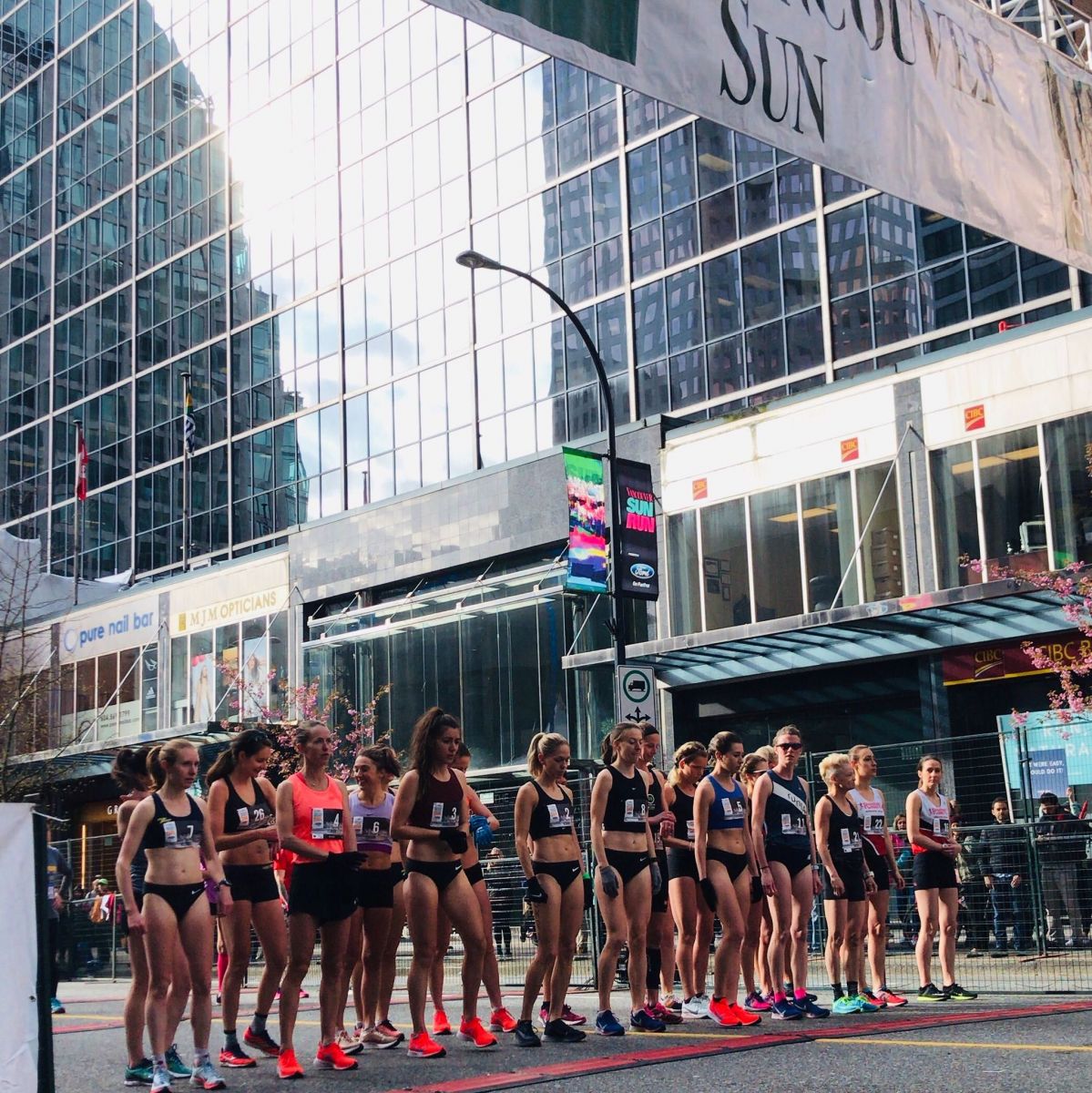 ^ The calm before the storm. (pc: Vancouver Sun Run)

The road leading up to Burrard always seems like the biggest, steepest mountain but, once you get onto the bridge you know you are halfway done.  At this point I wasn’t sure what my 5K split was since I chose to run watch-less but I could barely see the race clock ahead of the leading ladies and deduced it was much faster than last year (14 seconds!)  Funny how that can really work against you . . . ugh. 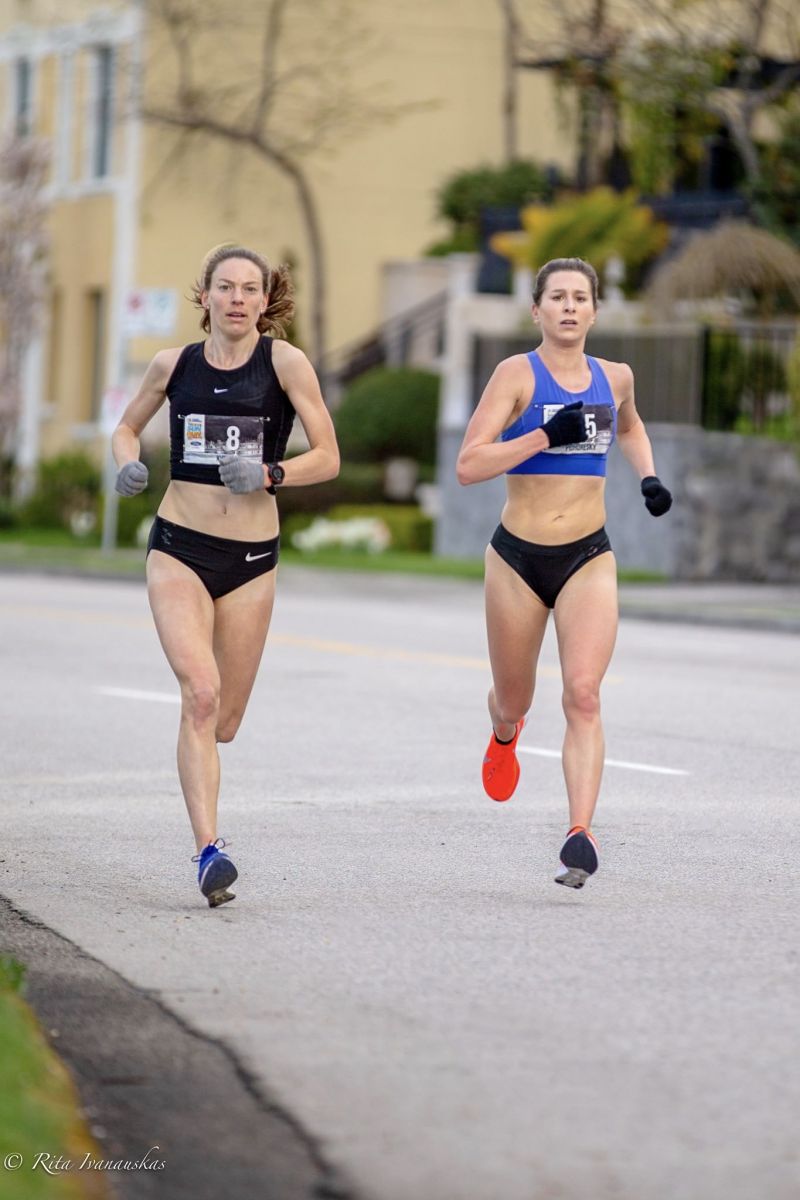 ^ Shalaya and I working together in the early kilometres of the race. (pc: Rita Ivanauskas)

By the halfway point I was on my own having separated from Shalaya who was only a few seconds back.  From then on I kept grinding away, using my arms, keeping my shoulders relaxed and trying to look ahead.  It’s challenging to feel so far back from the action and still remain motivated to keep pushing hard knowing that, unless something goes really awry up ahead, your position is not going to change.  And it didn’t.  I could still see them up ahead on the long stretches but I was not closing in.  Even so, I kept working, hoping for a decent time. 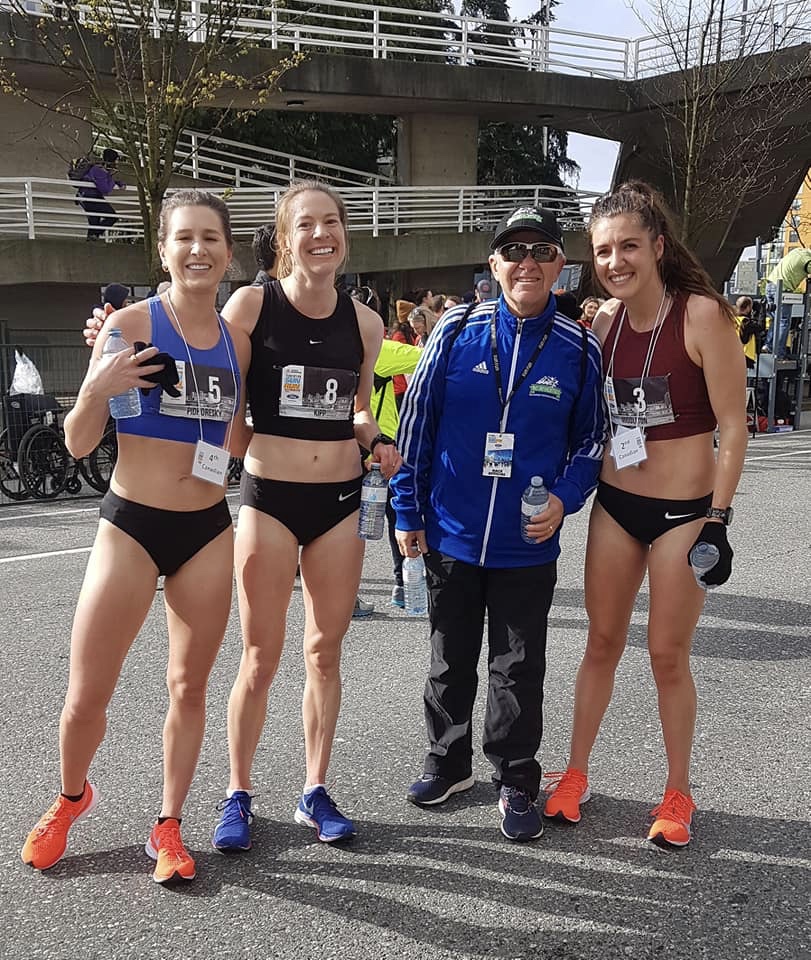 So, not as fast as last years’ 33:11 and that is probably greatly attributed to the faster first 5K completely wrecking my already-fatigued legs.  When I ponder that tactic, however, I’m not sure if I would have run any differently.  I wanted to mix it up with the top 3 and be competitive and that was a risk that I would take again.  This year was not the year to come in fresh and feeling fast.  I came into this race knowing I could feel less than peppy.  We were back averaging 160K/week and my days leading into Sun Run involved a hard Thursday workout, 24K Friday and 21K Saturday.  Putting all of that into perspective makes me really happy with what my body was able to give me on the day!  It’s an amazing thing.

For now I am eager to hunker down and get in some solid long sessions as we inch closer and closer to race day at the end of May.  Still lots of work to be done but I am pleased with where are at and I greatly look forward to where we will be when I toe the line at Ottawa Marathon.  Thanks for following along on this journey!